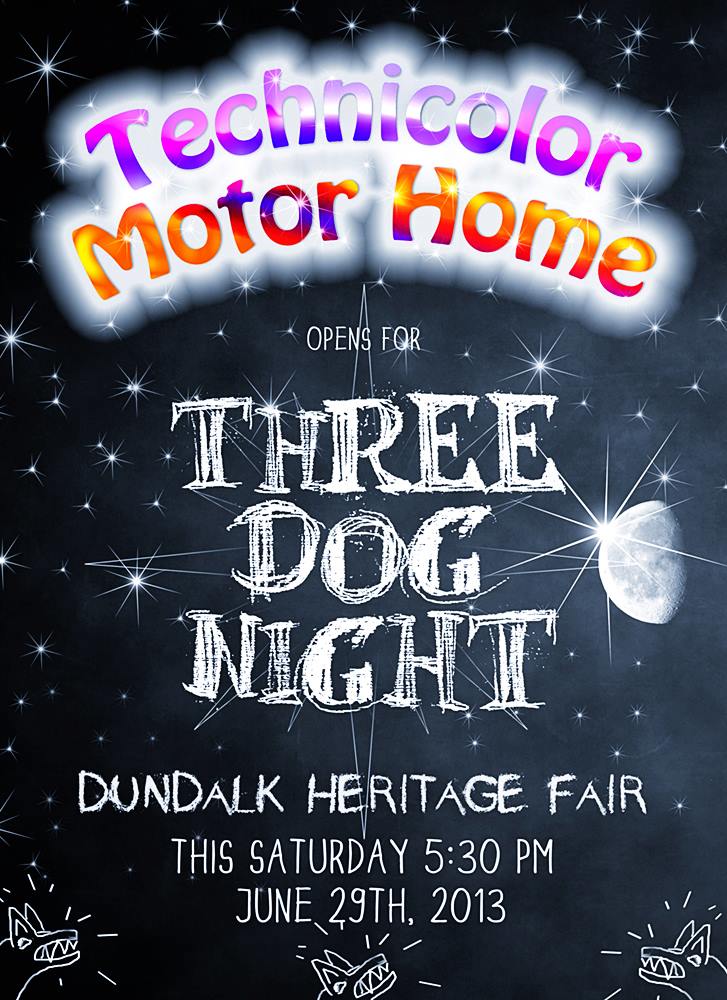 Yesterday was a crazy day not just because I had two gigs. Also not just because the time in between then was supposed to be one hour and they were an hour apart not counting tear down and set up time. In addition to these things I also had to take a ton of gear as it was two different bands. The first gig required tenor and EWI along with my rack that has my hardware synth rig, a mixer, and my in-ears as well as stands, and my iPad for reading music. The second gig was alto and bari along with stands, a change of clothes, and again my trusty iPad. In between, I also brought a cooler with some food since I wasn’t going to have time to eat dinner except in the car. It was a lot to deal with in one day and I’m lucky I remembered to pack everything and didn’t lose anything in the process. I actually used an app called Wunderlist (task tracking software) to make lists so that I grabbed everything I needed. 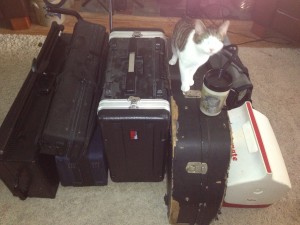 The first gig was with Technicolor Motor Home at the Dundalk Heritage Fair opening up for Three Dog Night. This was a great show for us because we played for a very large and appreciative crowd. The weather was absolutely gorgeous. We also played the gig with 4 subs (out of ten pieces) but you would have never known it because everyone was so well prepared. The sound company did a great job and the logistics of everything were like butter. I even got a special parking space since the crew knew that two of us had to leave early to get to our next gig.  All in all it was pretty much the epitome of the perfect gig. 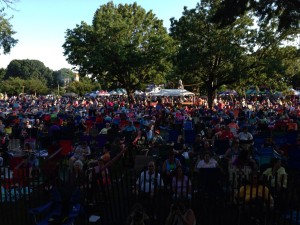 View From the Stage at the Dundalk Heritage Fair

The next gig was all the way down in Bethesda, MD playing with another ten-piece band in Jr’ Cline and the Recliners. As I mentioned above there was only an hour for turnaround as the first gig ended at 7 and the second gig started at 8. Of course that’s not possible unless I were to really take my life (as well as those around me) in my own hands and I am not willing to drive that crazy. Luckily, the band was able to move the start time back until 8:15 and they played the first two songs without the two of us who were “coming in hot”. The first gig I thought went really well for me personally, the second gig wasn’t as great for me. I played the section stuff well but I just couldn’t get on track from a solo perspective. Part of it is playing Eb instruments with a rock and blues band so I end up playing in C# a lot (that’s like kryptonite for me) but I also just never felt settled in the second gig and that’s a shame because the band was roaring. I mentioned before about the Bethesda Blues and Jazz Supper Club being a great venue and it was just as amazing this time. They treated us like gold and we had a really nice crowd there. I’m going to have to really shed C# blues before the next gig to get it under my fingers so I fell better about myself when it’s all over. It’s funny because I’m so used to playing in F# because I usually play tenor on these jobs. You would think it wouldn’t be that hard a transition but it seems like nothing IO play sounds the way I want it to. Oh well, I’ll make it work. 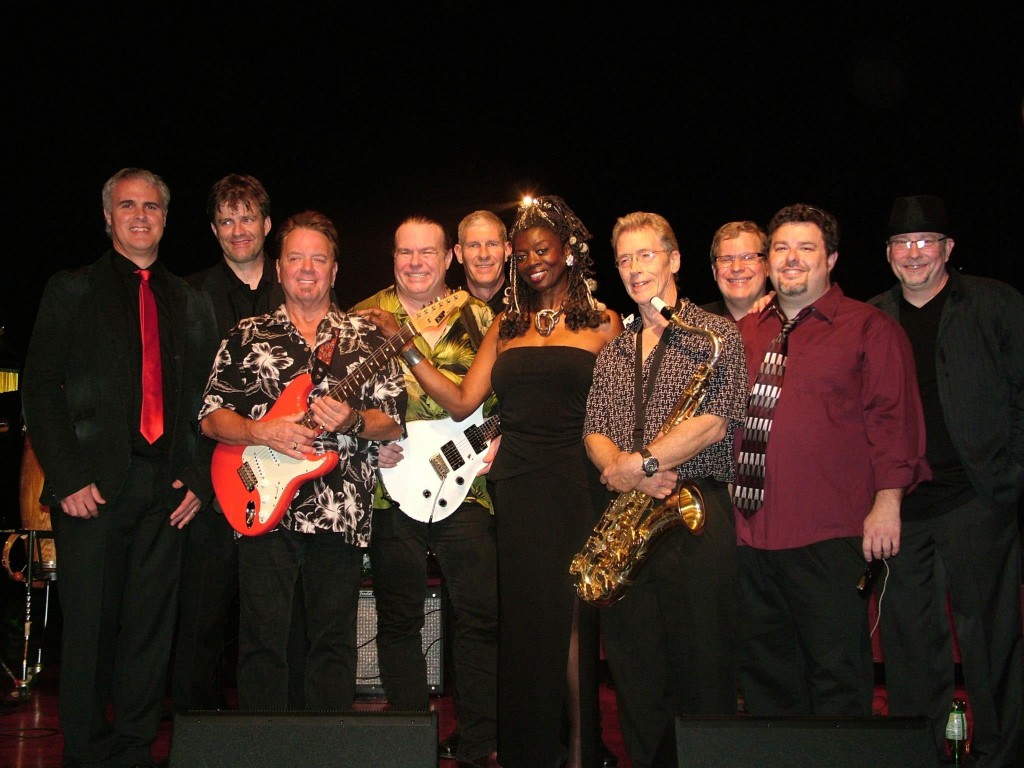 Jr. Cline and the Recliners (taken after the show)