Well it’s been a weird couple of weeks for me. May was not a very busy month at least for playing gigs. I only had the one gig and that was a pick-up last minute wedding gig. I was supposed to have another one but the club (who shall remain nameless – although they may well be out of business before you get to see this) seems to be falling on hard times and the gig was cancelled at the last minute. I just have a couple of things to post about and an update or two.

Why is it that gigs always pile up when you have to choose only one rather than spreading out so you can take them all? This is a phenomenon I have noticed for years and it’s maddening at times. For instance, I thought I had a gig on the 18th but one of the bands I used to play with years ago called me up to sub on the same night. I had to turn them down but then the gig got cancelled so I got right back in touch to see if I could still take it…only to find out the regular guy had gotten his conflict worked out after not being able to find a sub. If I had known that the one gig was going to be cancelled I would have been working that night. Instead I found myself sitting at home with nothing to do. The same is true for this weekend. I’m playing the Crack the Sky show on Saturday night but the leader of one of my absolute favorite bands to sub with, The Junkyard Saints, called me for the same night. Again, if they were spread out instead of all falling on the same night I would be a happier camper…and have more money in my pocket to boot. I’m sure it’s all just a cognitive bias on my part but sometimes it just doesn’t feel fair. 🙂

I have more reviews I want to post in the coming weeks and months but I’m just not quite ready to do it yet. I really like to have time to put a thing through its paces before committing a review to the web. I still need to post a full review of my new Cannonball tenor as well as my take on the Jazzlab Sax Holder. I may be ready on both after this weekend so look for some updates soon. I also want to dig into a couple of reviews on two instructional DVD’s I’ve been checking out. Both are by George Garzone but one is more straight ahead and is very advanced and the other is about playing funky and feels approachable by almost anyone who has a basic knowledge of theory. Finally, I want to post more horn, mouthpiece, and EWI patch reviews and commentary as well.

After being idle for the last couple weeks, it looks like June is starting to pick up and that’s a good thing. As I mentioned above I have the Crack the Sky show on Saturday at a place called Blob’s Park in Jessup, MD. This is an all-day festival connected to Dick Gelfman’s Ride Across Maryland which is a charity fundraiser for breast cancer awareness. Crack the Sky is one of the headliners along with Baltimore hard rock mainstay, Kix. On Sunday Technicolor Motor Home will take the stage at the Charles Village Festival near the Baltimore Museum of Art at Wyman Dells. We’ve been playing this festival for several years and before that we used to play it with many of the same people in a band called Expensive Hobby. It’s a great event that is very family friendly. The only issue is whether mother nature will cooperate because they are expecting thunder storms on Sunday in our area. 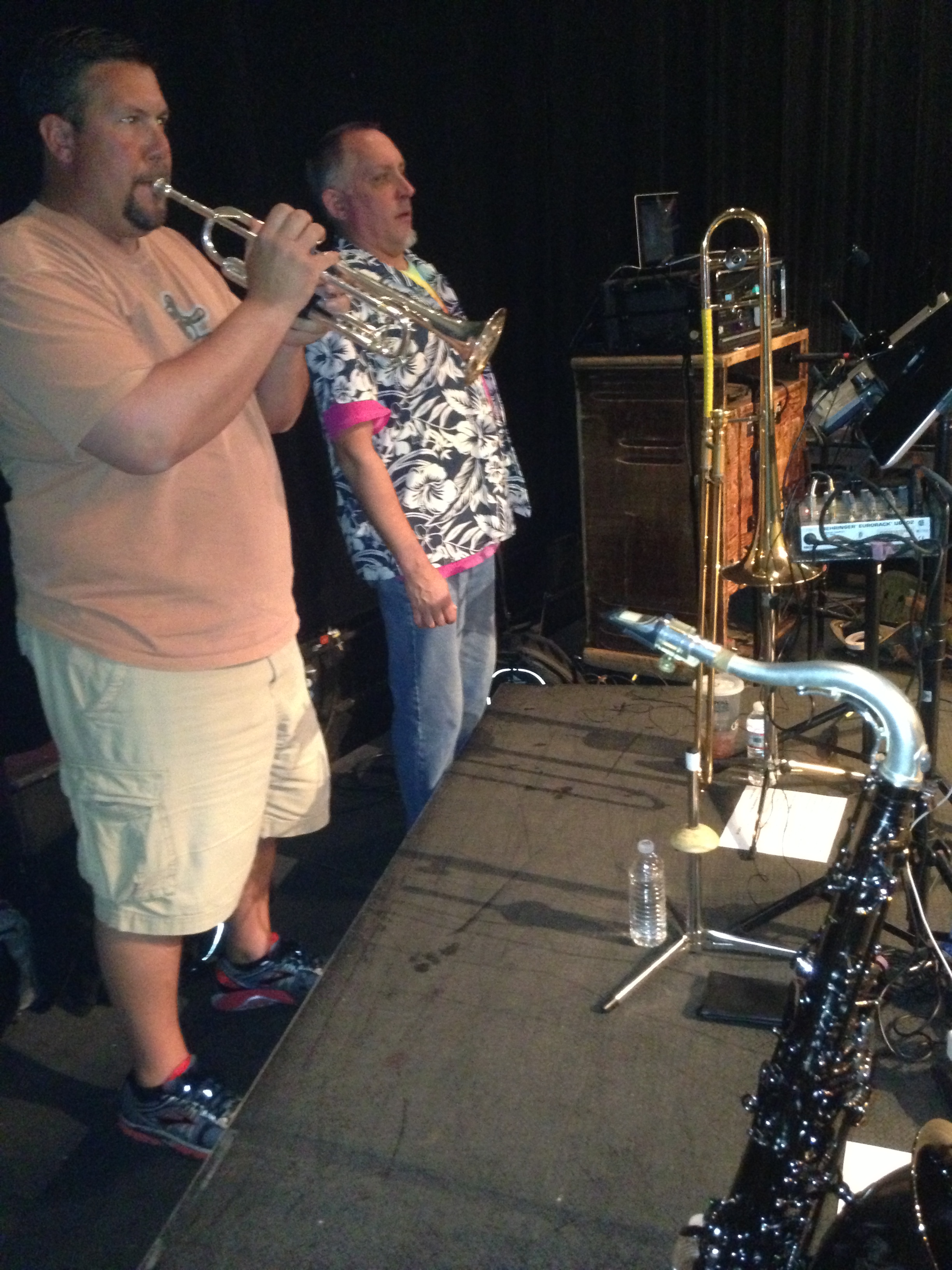 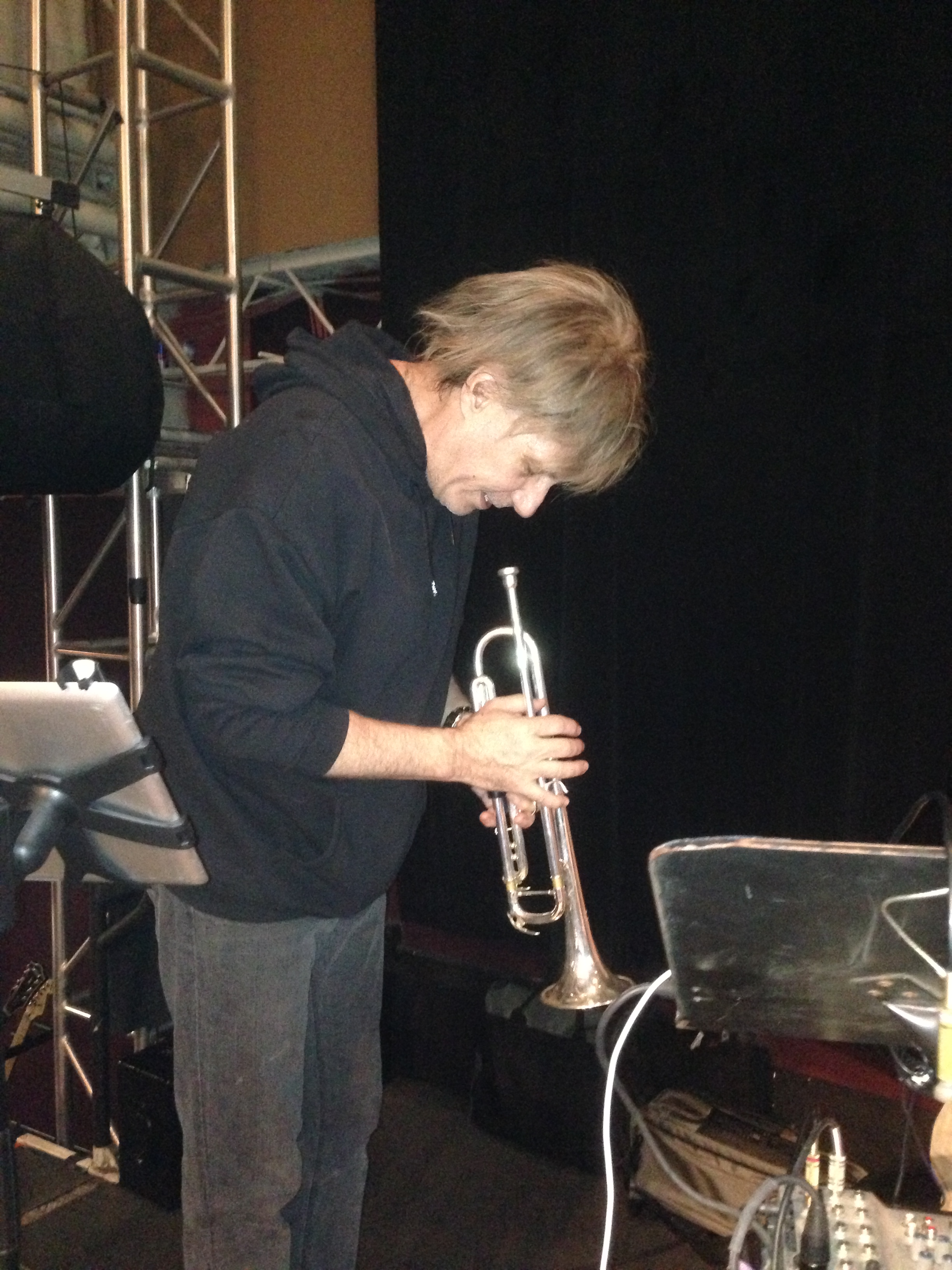 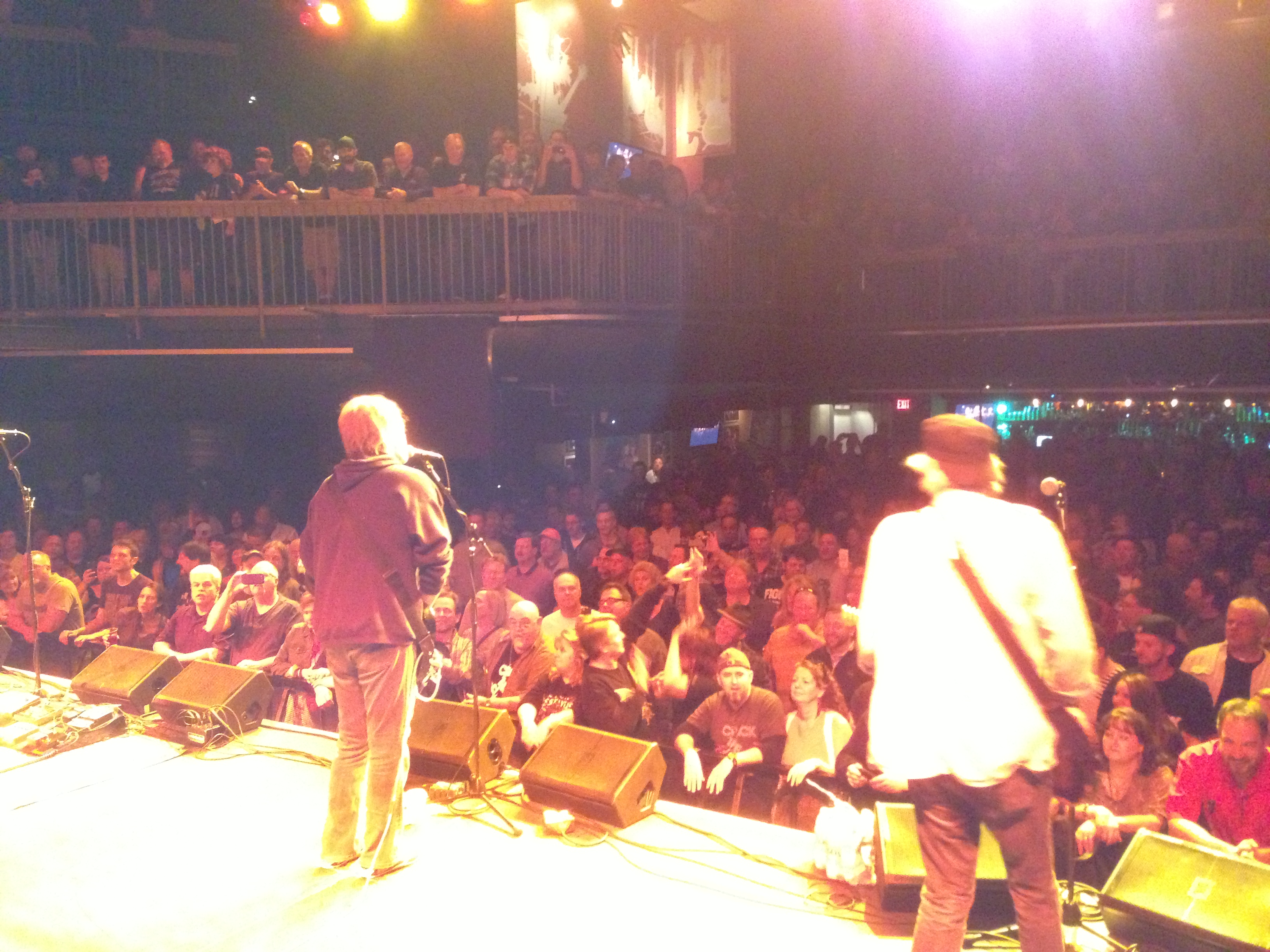 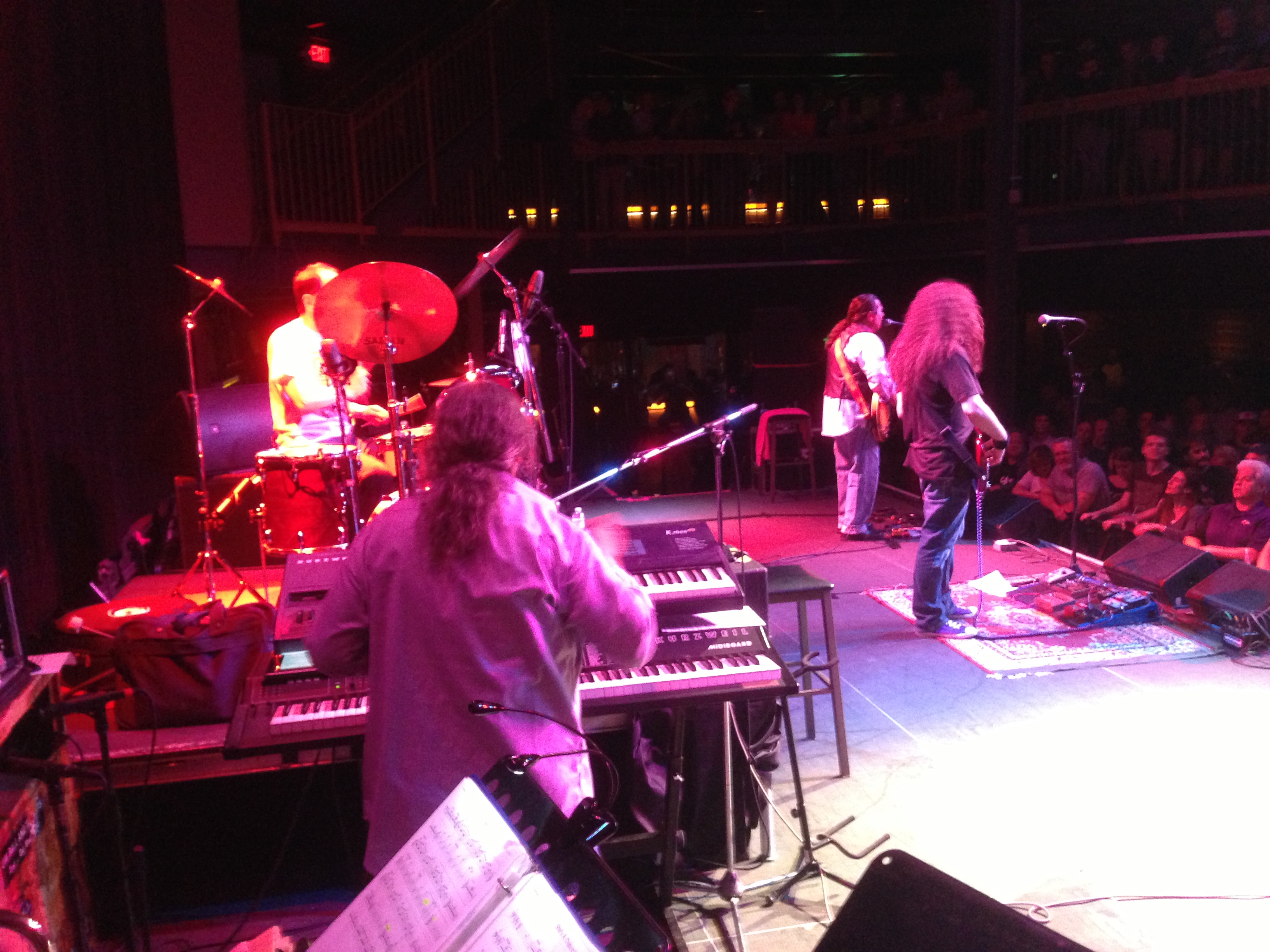 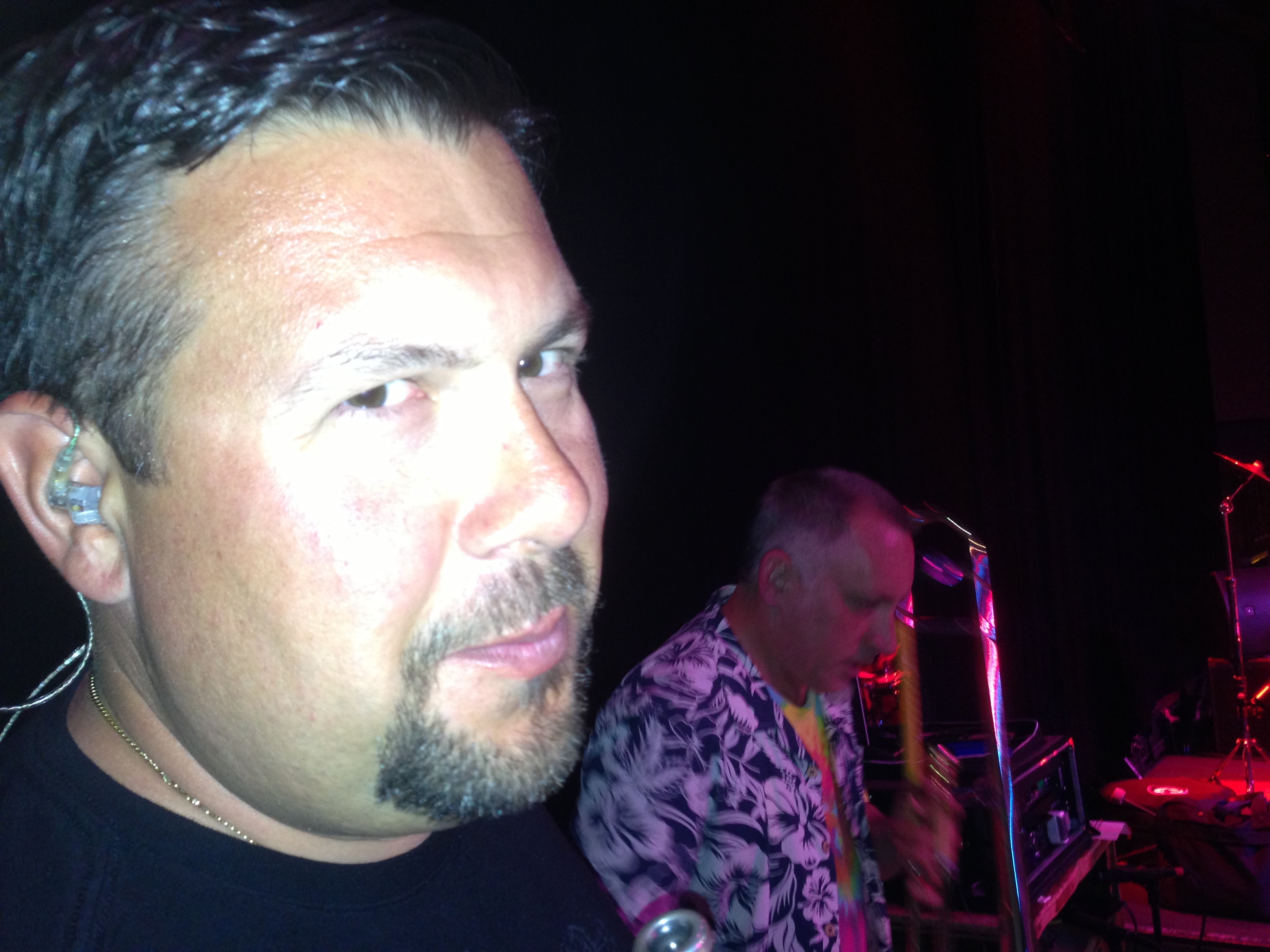 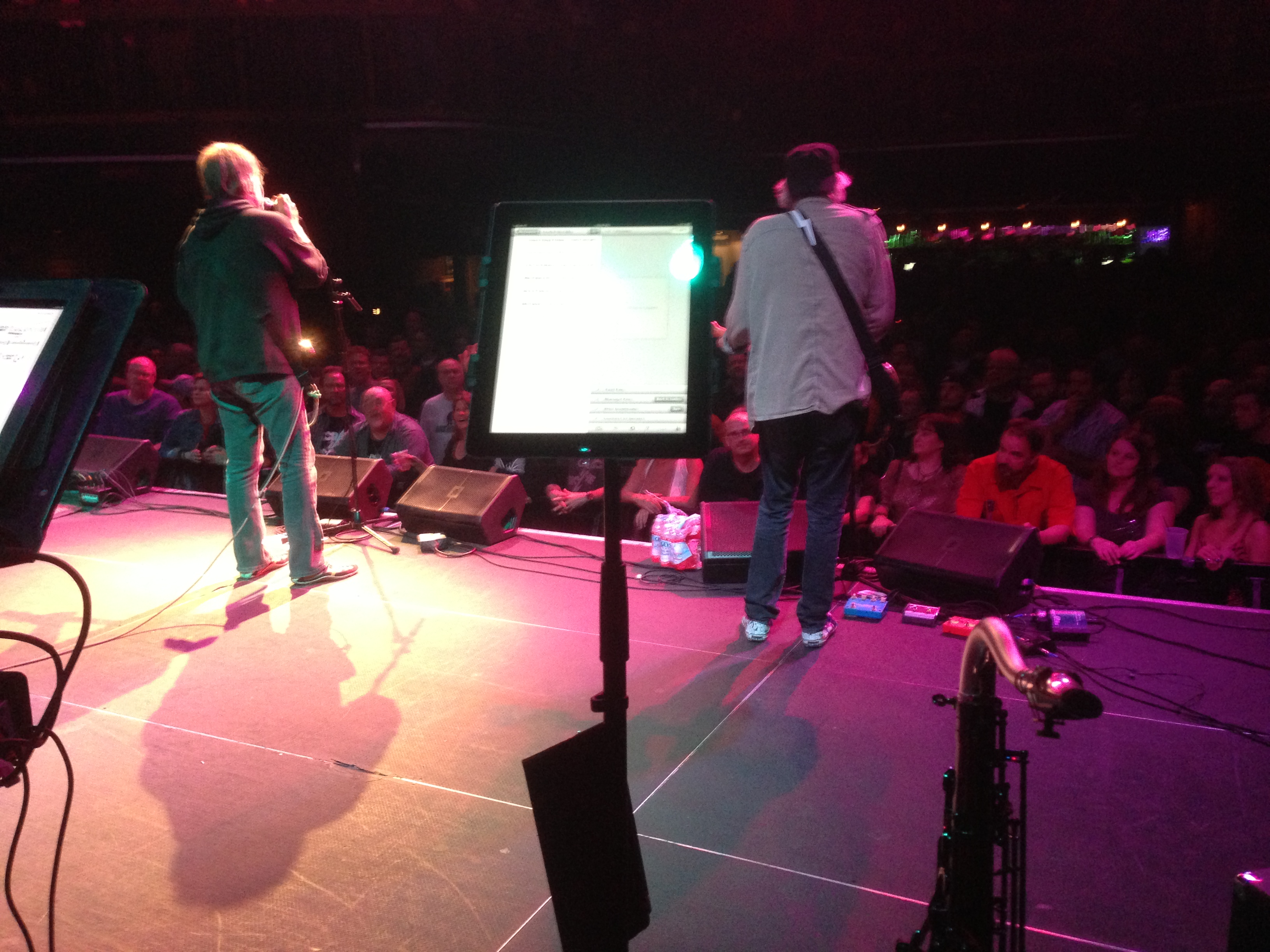 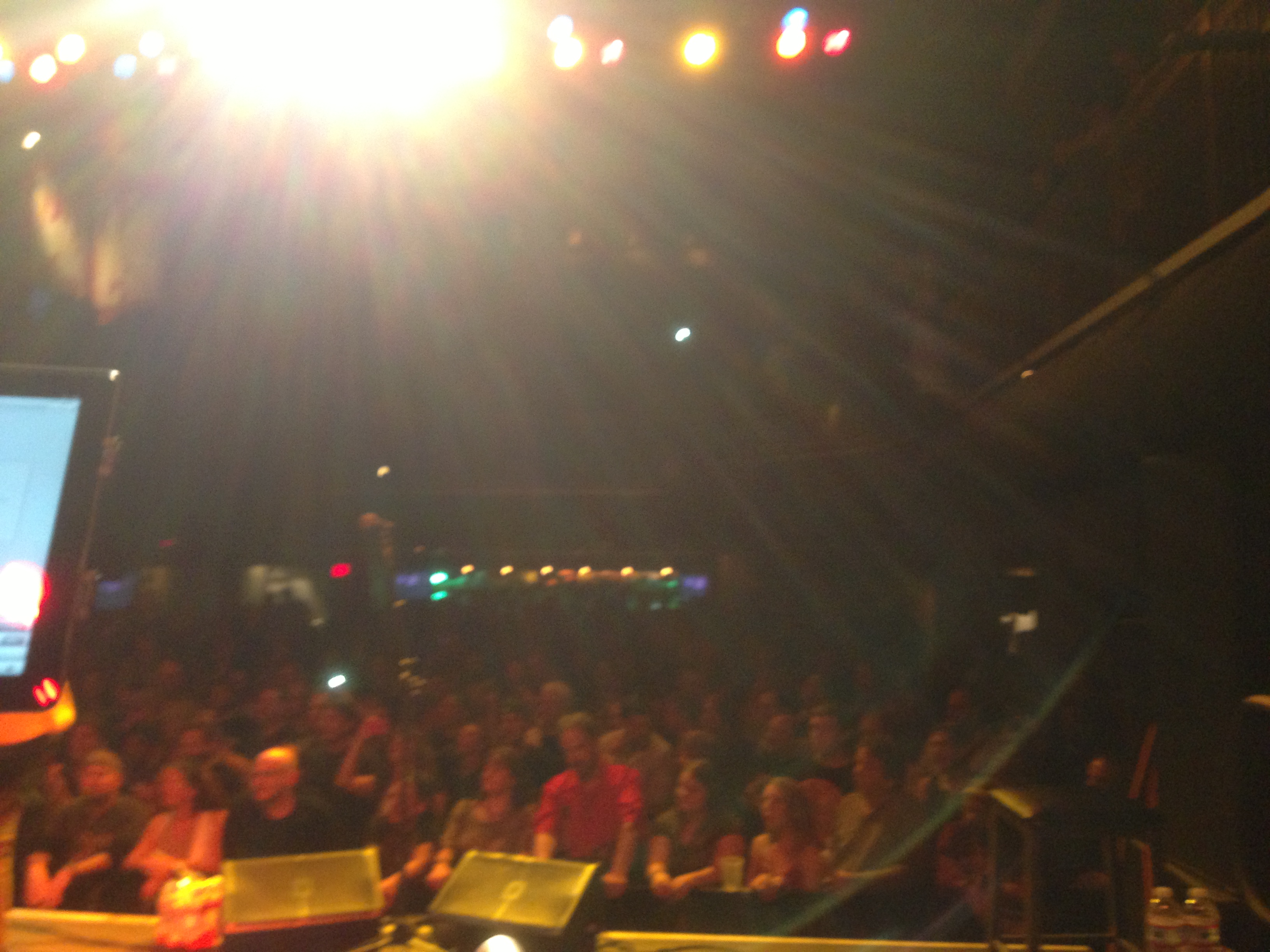 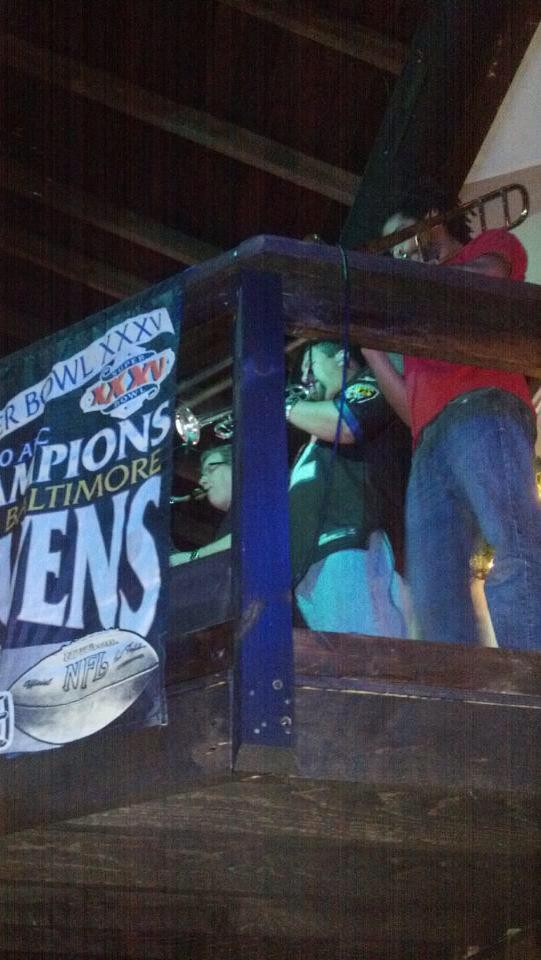 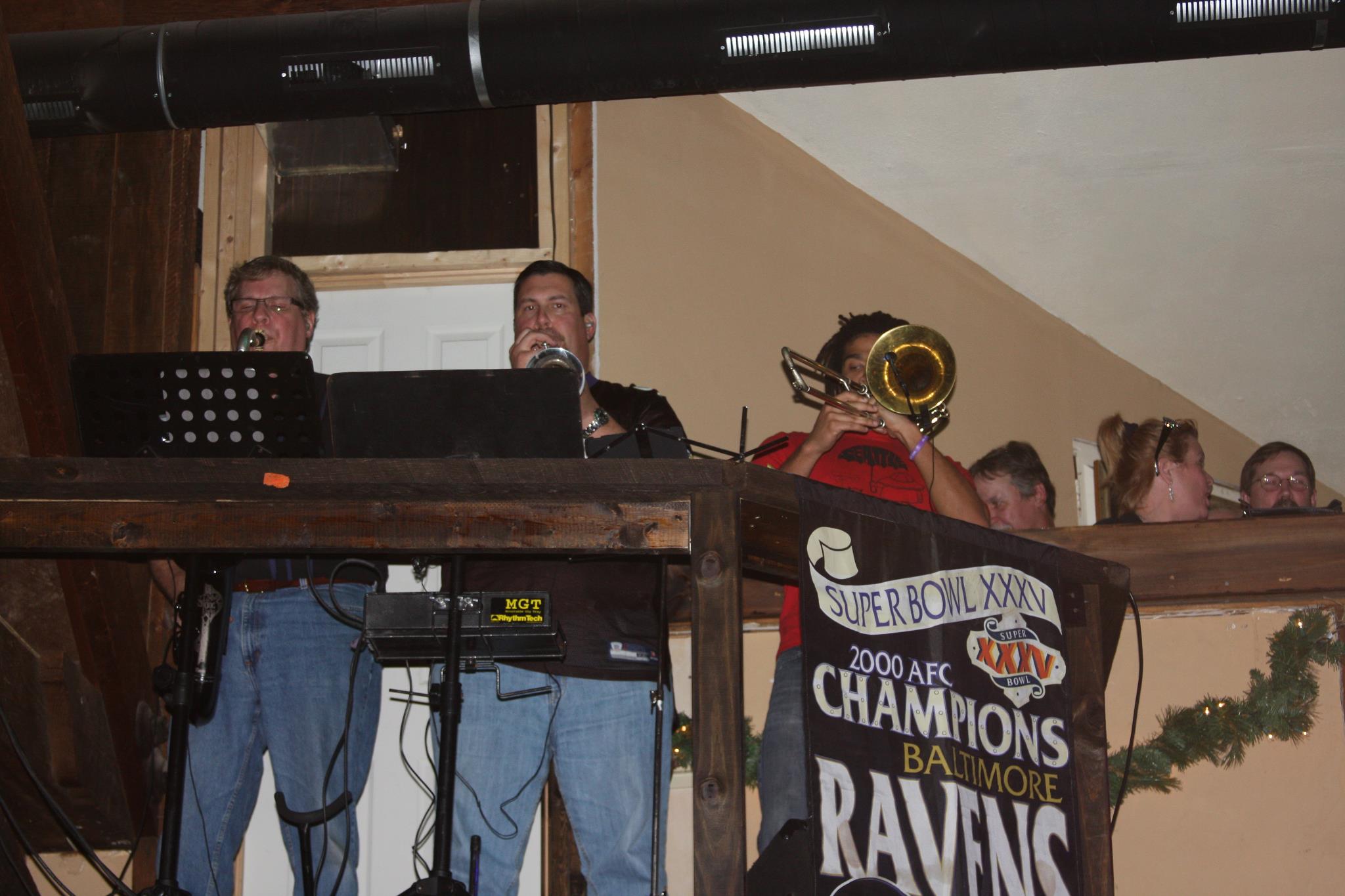 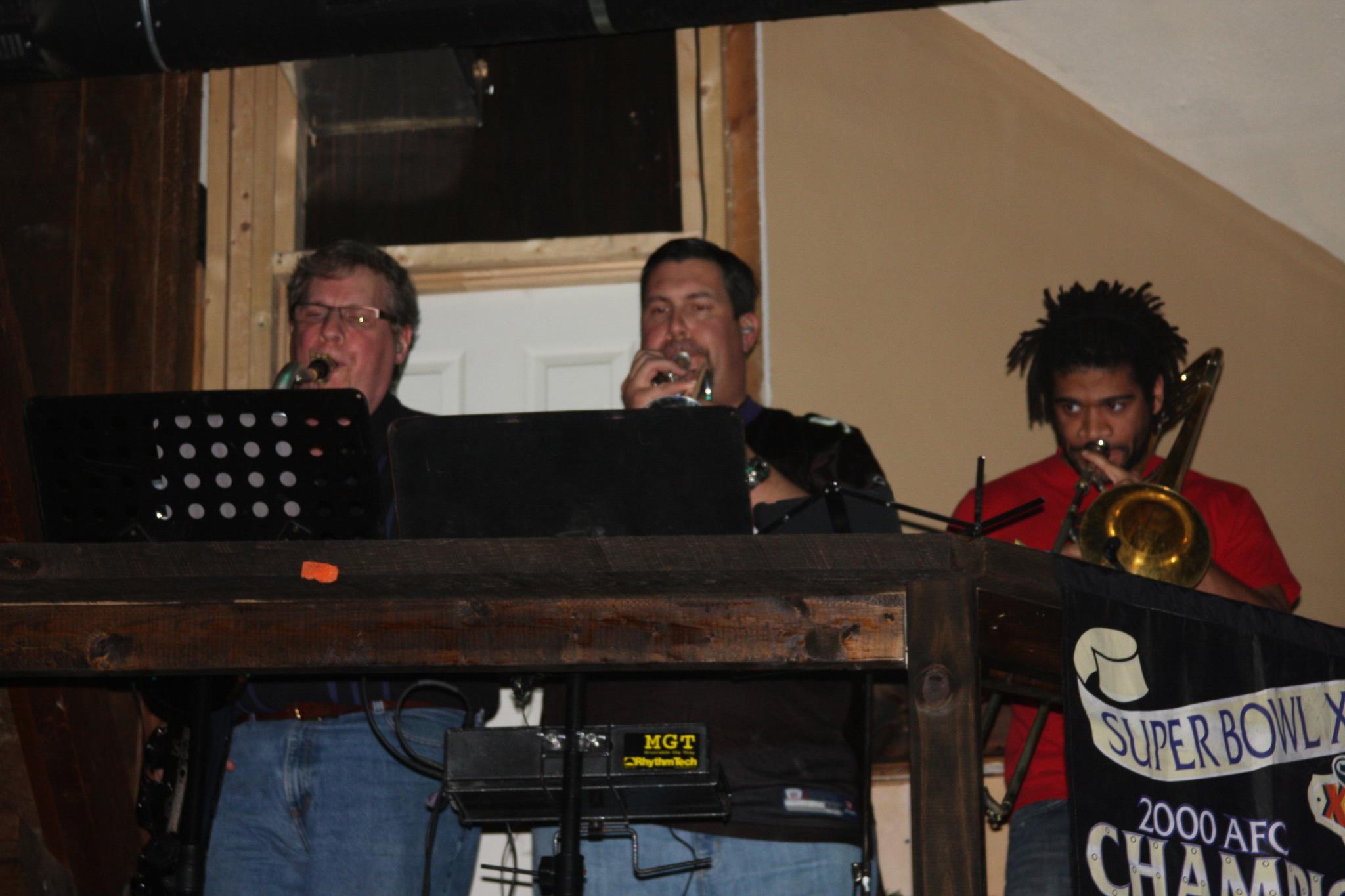 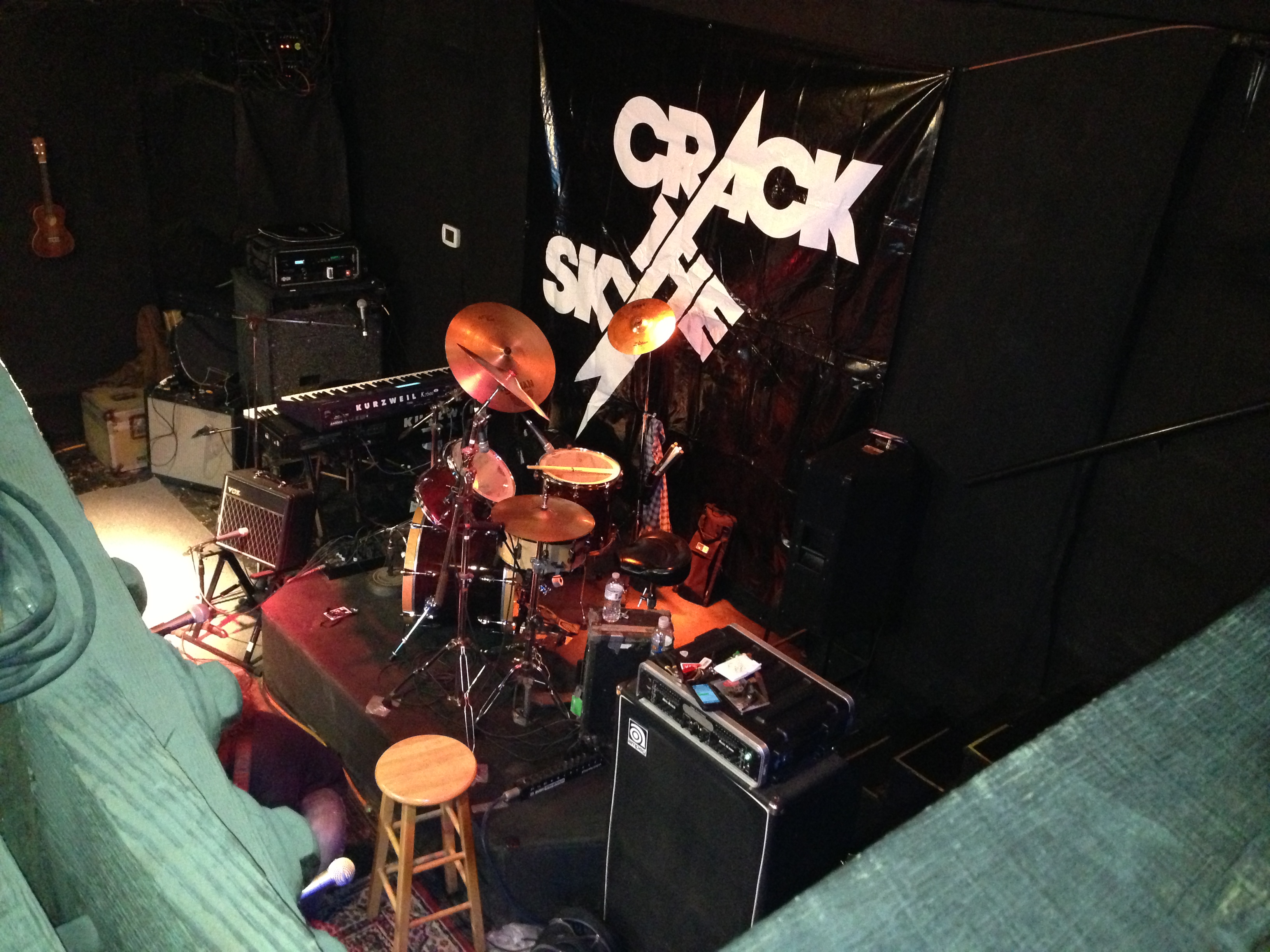 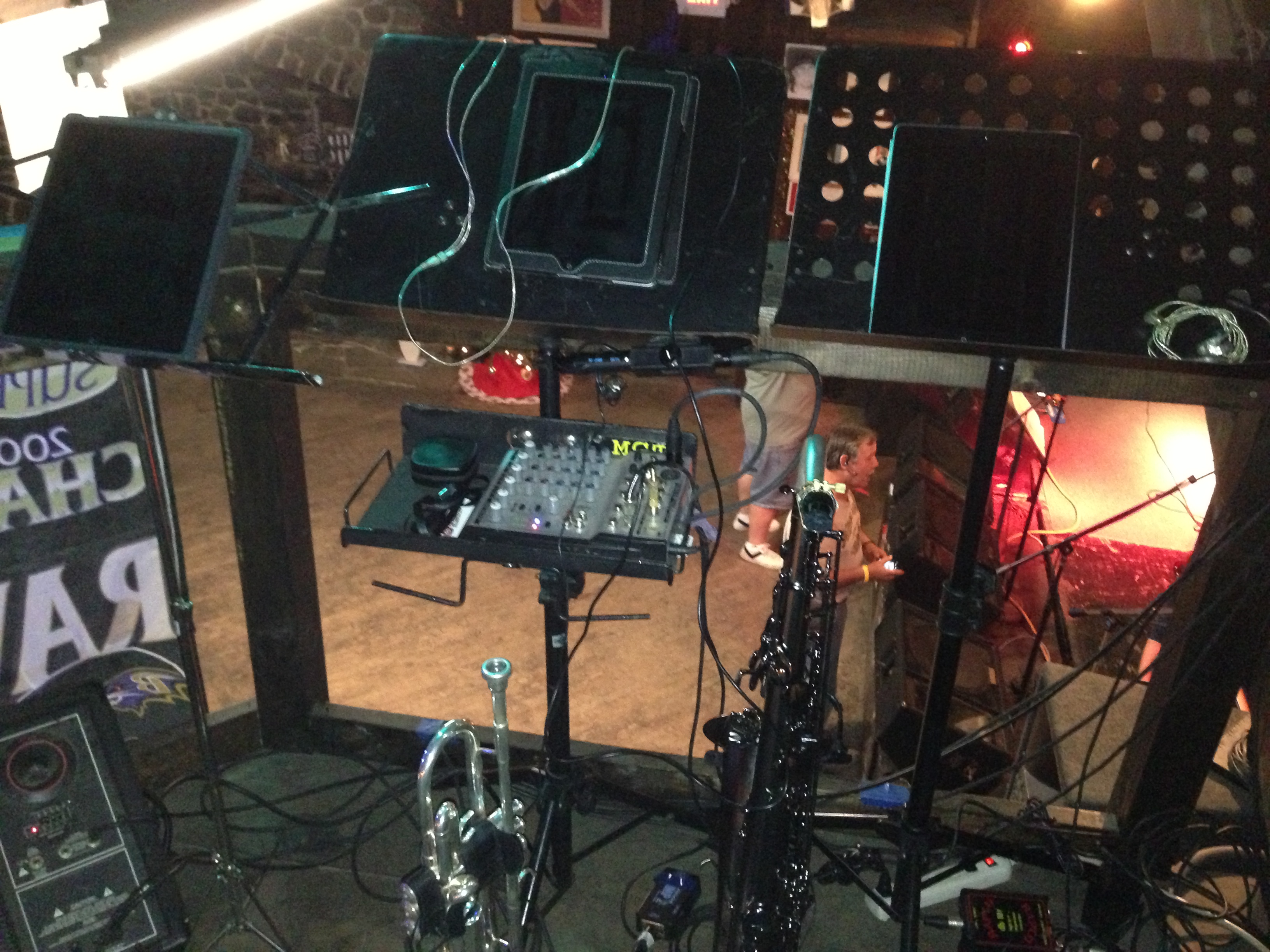 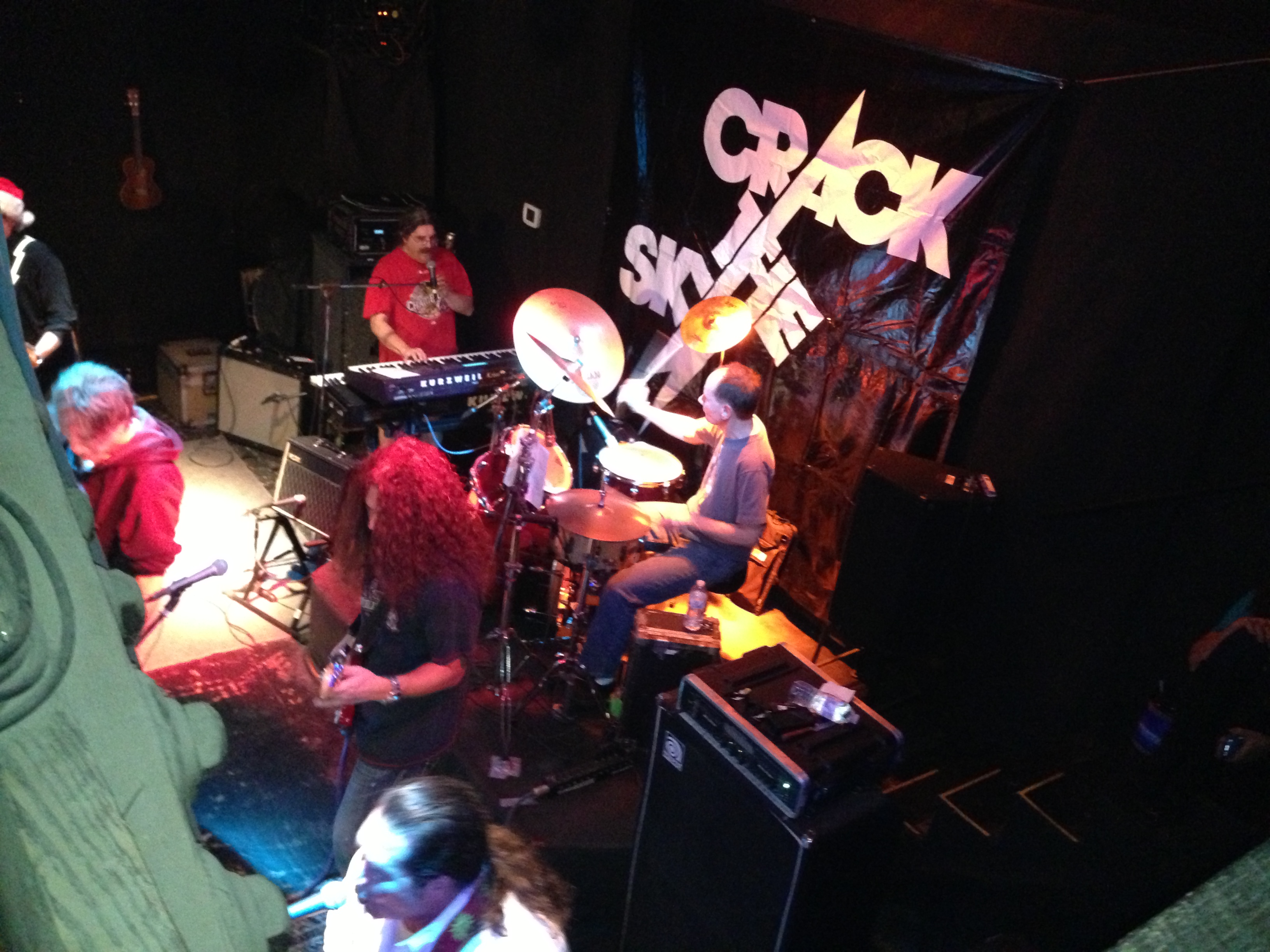 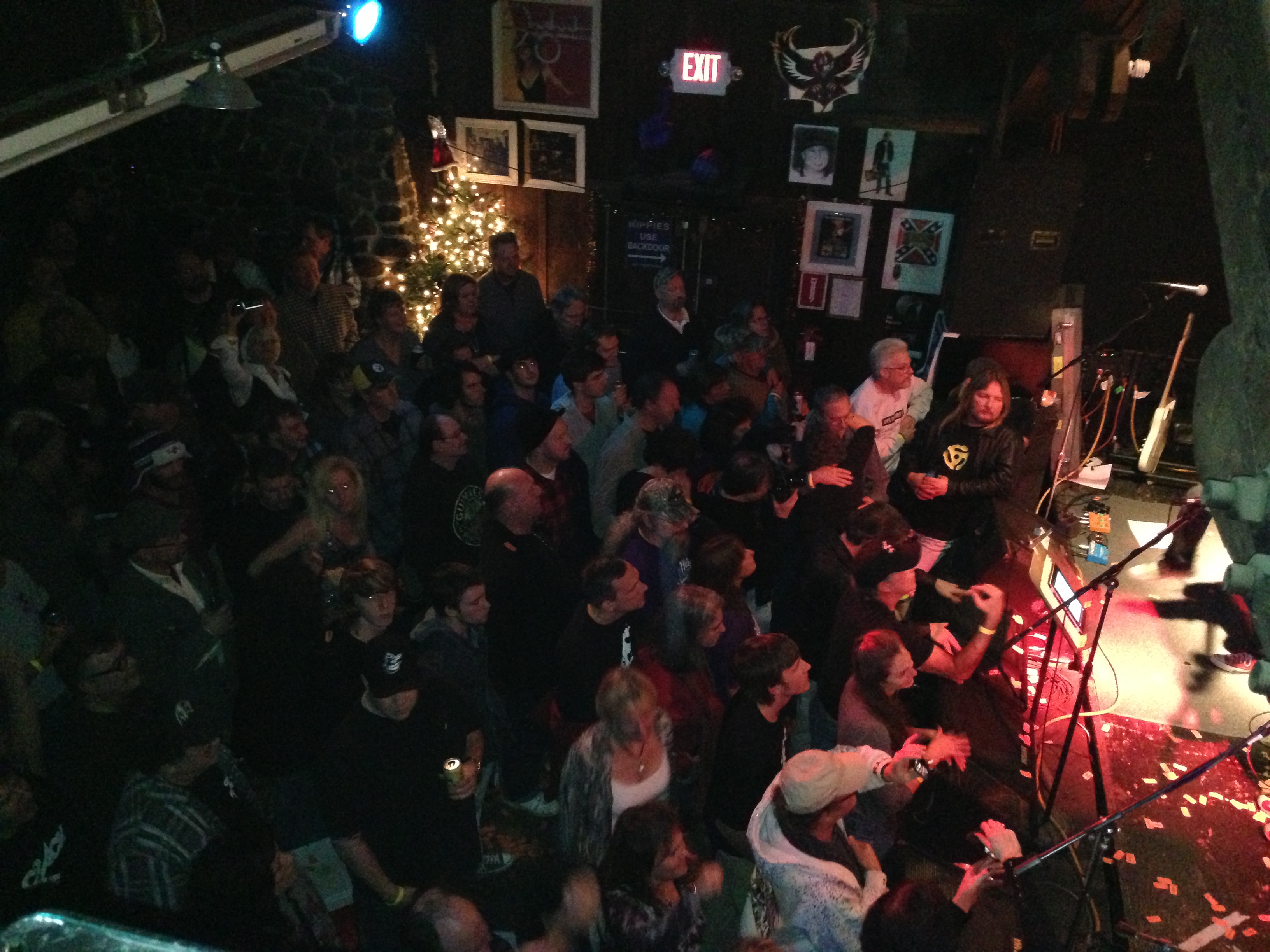 Friday night we had the CD release party for the new Crack the Sky CD called Ostrich. I mentioned before that my usual horn section, The Retox Horns, is also the Crack Pack Horns when we play with Crack the Sky.  We were able to record three songs for this CD and two of them were in the set for this show along with 4 other songs from the usual rotation.  The gig was at Club 66 in Edgewood, MD and we played to a packed house of very excited people. Harford County, MD is my old stomping grounds so there were a lot of people I knew there.

Club 66 is a private BYOB club in an old VFW hall next to a working gas station. It’s not very fancy but it’s a very homey and comfortable place to play. They built a special stage just for the horn section with its own entrance from the green room. I call it a loft because it’s way up above the regular stage – even above the PA stacks. Crack the Sky always uses this room to tune up the show before going out to other venues but this weekend the other venue cancelled at the last minute.

Check out Happy, Happy, Happy from the new CD played live. The dude that’s putting his thumb up and pointing is showing you where the horns are.

Two notable things about this show. First, our usual trombone player, Jim McFalls, was unable to attend so we had one of his former students play.  Darius Jones is an excellent up and coming trombonist who is now living in NY where he is getting a graduate degree at NYU He is also an adjunct professor at NYU. He did a great job with very little prep time and this is not an easy book by any stretch of the imagination. It’s a blow especially for brass players and there are some really tricky rhythms to deal with.

Second, I used the Cannonball tenor and it felt absolutely wonderful for this gig. I used the fat neck and the horn felt really big and open which is perfect for a rather loud gig like this one.  Intonation was excellent and the horn felt very comfortable for me – like I’ve had it for years. My partner in crime, Dave Makowiecki (trumpet) said he really liked the sound of it and he’s been pretty vocal in the past if I brought something out that wasn’t cutting it.  I remember an incident years ago where I borrowed a Keilwerth from a friend out to a gig. I played one song on it and Dave just turned to me and said, “No” so I put it away. 🙂 I had no such issues this time around although he did say he missed seeing my old, road-worn Mark VI.

EDIT: the YouTube videos got pulled so I will upload some audio snippets soon.

It actually came out a couple of weeks ago but with all my recent travel I just wasn’t able to post about it.  The new CD is called Ostrich.  My regular horn section, the Retox Horns, recorded three songs for the album although when we are with Crack the Sky we are called the Crack Pack Horns.  In some ways it’s kind of like “FINALLY” for me because many years ago I had joined the original Crack Pack Horns when I took Ellery Eskelin’s place on the bari chair.  We were in the studio for Crack’s World in Motion album and we got all the way to showing up for the record release party before finding out that the song we did was completely re-recorded with a different feel and we were no longer even on it.  I think that was over 20 years ago so it’s nice to finally be on this CD and I’m especially happy with the way it came out.

The first song we did was one we had already played live with the band: Your House is On Fire.  I played tenor and bari on it and of course my usual partners in crime are Dave Makowiecki and Jim McFalls.

The next song is Happy, Happy, Happy.  The horns don’t come in until about the 2 minute mark but then we’re in until the end.  This is a funky little groover with some fun guitar work.

Finally, we played on an interesting little story piece called Pole Dancing at the Hollywood. This one is also pretty funky and I like the way the horns are laying back against the driving beat.

You can find all the songs on You Tube (like I did) but support music and buy a copy either from the website or at a show.  You can buy the CD for less than a couple trips to Starbucks and you’ll get more long-lasting enjoyment from it.