Friday night I got to do one of my favorite things. I played with Technicolor Motor Home at Ram’s Head On Stage in Annapolis. It’s the second time we’ve been there and the second time we’ve sold the place out. It’s not a huge venue but it has a great vibe and thee have been some amazing acts on that stage so it just feels great to be up there. It’s always a great time when I play with these guys especially playing with my partners in horn section crime, Dave Makowiecki and Jim McFalls. It was a great night and here are some samples:

Last song of the night after over 2 hours of playing..still a lot of energy going on:

A little EWI action on this one.  The chromatic harmonica patch was a free download from EWI Reason Sounds.  It was a melodica on the original recording but this gets the job done.

Some horn section goodness and some wonderful guitar work by Ben Sherman:

I played the Cannonball Raven on this gig with my Phil Barone Super New York mouthpiece and Rigotti Gold 3 1/2 M reeds. It was a struggle because I was still having a devil of a time with the G# key sticking.  I made it through the night but it drove me crazy the whole time and I had a really hard time feeling settled.  I took the horn to L&L Music in Gaithersburg where I bought it and they are looking it over and adjusting it as a warranty repair so I’m hopeful that it will be great when I get it back. With the exception of the sticking key (which could be attributed to a bunch of things) the horn felt absolutely awesome…very tight and punchy and it just looks awesome.

This week I’m playing a LOT of bari in a big band setting. Every year a local private high school called Archbishop Curley has a night of jazz featuring their students and an alumni band along with a guest act. I didn’t go to Curley but I have a few friends there and I’ve subbed with the alumni band numerous times including every chair in the sax section at one time or another. I think this will be my third concert with them and the first for me on bari. We had a rather long rehearsal this evening and we will have two more before the concert on Saturday night. I’m playing on my Selmer bari with my Lawton 8*B mouthpiece and it’s really starting to feel a lot more comfortable…maybe I don’t need to get some mouthpieces refaced after all. Oh well, I already sent one off to Mojo (Keith Bradbury) so it’s a done deal anyway. I’m also using an inexpensive reed alternative – Woodwind brand from the Woodwind and the Brasswind. I ordered the jazz cut in a 3 and they are playing really well for me right now. I also have some La Voz MH that I have prepared in the rotation as well. We’re only doing 5 tunes for the concert but it looks like it will be a lot of fun. I think there are a few tickets available for “All That Curley Jazz” but it appears to be another sellout this week. 🙂 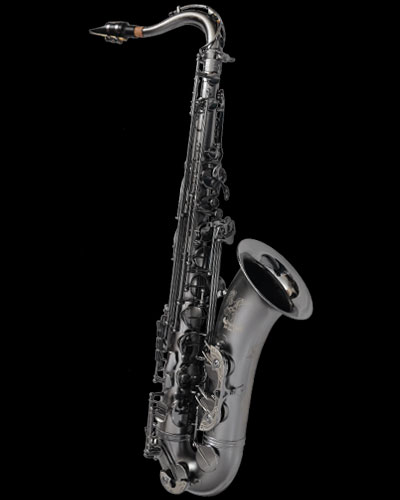 I mentioned before that I was ready to try out some new horns in order to choose a new backup horn and also to fill the need for something shiny for certain types of gigs.  I have done a lot of research and one of the brands I really wanted to try was the Cannonball horns and this weekend I got the chance to do just that.

After talking to a buddy of mine, I decided to drive down to Gaithersburg, MD and visit a store called L&L Music.  There is actually a store much closer to me but L&L had the horns right there in the store and the other store required me to request horns to be delivered from their warehouse before I could try them.  I figured I would go with the path of least resistance and if I didn’t find anything I liked at L&L then I could still try the closer store.  Plus my buddy lives near L&L so he could go along to be my extra set of ears.  They had 6 horns in stock at the store…two Vintage Pro Series and 4 Big Bell Stone Series and I dove right in.

The first one I tried was a Vintage Pro (both VP horns had the Dark Amber lacquer and looked very nice).  It was a really, really nice horn.  I brought my Mark VI as a comparison and this horn felt very similar to it.  It had great ergonomics and the resistance felt really close.  The only difference was it was way smoother than my horn….like butter.  My VI almost sounded blatty by comparison.  I set that one aside.  The other VP also felt very similar to my VI and it even sounded like my VI coming out of the horn so I left the first one in the “like” pile and put this one back on the wall.

Next I moved on to the Big Bell Stone Series tenors.  Once again, the first horn I tried was awesome and the rest didn’t feel as perfect even though all of the horns were very playable and any one of them could be a fine gig horn.  These horns come with two necks: one is standard style with the octave mechanism on top and a finish that matches the horn exactly.  The other neck is called the “Fat Neck” and it’s always in silver with an underslung octave key mechanism.  With the exception of one horn I preferred the fat neck as the horns seemed less resistant and more round especially in the upper register.   I put the first one into the like pile and put the rest back.

I had a tough decision on my hands at that point because both horns were great and the store was going to give me the sale price for the Christmas sale that hadn’t even started yet.  Several of the store employees stopped in to chat at various times as well…it’s a very friendly store to shop at and there are lots of knowledgeable people there.  Ultimately I decided to get the Big Bell Stone Series (Raven finish) over the Vintage Pro Series mostly because I already have a Mark VI so I didn’t need to have something that played so similar to it no matter how silky smooth.  Maybe if all I ever did was play jazz but I have to be kind of a chameleon and I play more rock and funk than anything these days so the Big Bell seemed like the best choice for me.  It has a great full robust sound that I can push for days and it looks totally awesome.

I’ll try to get to a full review after I’ve been able to really spend some time with the horn and play some gigs with it.  In the meantime, if you are in the Washington DC metro area and you’re looking for a great place to shop for horns give L&L Music a try. They also carry Mauriat saxes, they have used vintage horns, and they even had a Theo Wanne Mantra in stock…I didn’t play it even though it looked very interesting.